by Kerry Gillard During the summer I saw a preview for the movie The Maze Runner and I was instantly intrigued. It was a movie that I definitely wanted to see despite knowing [...]

by Kerry Gillard After seeing Derek Jeter’s last at bat as a major league baseball player on Sunday September 28th, 2014, I had a sudden urge to read his book, The [...]

By Stacey Gillard Canadian actor, Chad Rook, will be appearing on our screens this Fall in the new CW series The Flash. He also appeared at a convention for Supernatural in [...]

by Kerry Gillard In my recent review of The Best Laid Plans by Terry Fallis, I mentioned that I was excited to learn that there was a sequel and that I had just started [...] 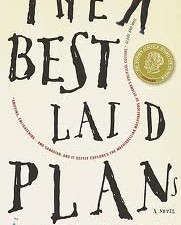 by Kerry Gillard When I saw that the next book on our book club list was about politics I was not overly excited. Anyone who knows me knows that politics is absolutely my [...]