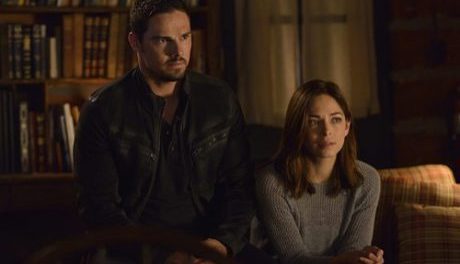 “No one ever said love was easy”

Oh boy, that slippery slope our friends were on? Well, they’ve pretty much reached the bottom of that slide and have landed, hard.

I get the feeling that some fans are a bit irritated with Tess (Nina Lisandrello) and her sudden reluctance to stick with the team. And I do understand the feeling. It seems sudden and out of place, to have Tess voice objections to continue to cover up and circumvent the law. But if we look back, this is not exactly a new development for the intrepid police captain. She has always been the voice of dissent, of reason even, one could argue. And once again, Tess is not exactly wrong. JT is hacking into the personal files of a reporter, Cat is deceiving Homeland Security, Tess is using her police force to raid a place of business without any kind of warrant. and Vincent is in deep with Graydal, finally on the beast hunting squad, hunting himself. In the real world, any of these actions would deserve scrutiny, disqualification and likely even punishment. 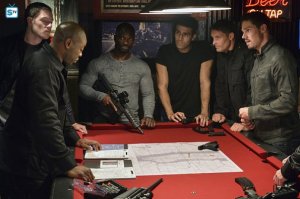 But of course, this is not real life; this is Beauty and the Beast , a fantasy universe where romance and loyalty rule. So, I do get the irritation with Tess and her decision to essentially leave the group and restart her “normal’. After all, Commissioner Gordon often circumvents normal law enforcement channels as he helps Batman fight the bad guys and he is mostly considered a hero in his own right, not a bad cop. On the other hand, to be fair to Tess, Vincent and Cat are looking to do the same thing as she is, put all the beast stuff behind them and get back to their own normal. They’re so desperate to reclaim it, in fact, that perhaps they have lost sight of just how far from it they have strayed. 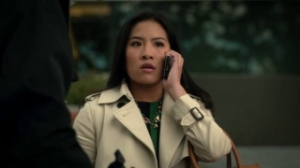 When the proverbial shit hits the fan and reporter Grace Rose (Melissa Tang, making the most of her time on screen) confronts Cat with an impressive and accurate amount of information she has been able to dig up about Vincent, including the secret super soldier program and Deputy Secretary Hill, Catherine must finally acknowledge that their old “normal” may be lost forever. Vincent doesn’t quite want to admit it at first, his head still down in fighting mode; but he too realizes that there may not be much of a way out, now that exposure in the press is imminent. What is normal to VinCat anyway? Their jobs most likely lost, even if exonerated, what does the future hold for them and their friends? Tess’ new beau, DA Alex Ellis (a lovely Mark Tallman) has no doubts about the role of the justice system and their professional duty in it. To Tess’ hypothetical questions about a cop skirting the rules for the greater good, her date unequivocally chooses the rule of law; he would arrest and prosecute such a cop. a truth that sends Tess into a deeper tailspin of guilt and self doubt.

Cat and Vincent, in hiding in a remote cabin, finally decide that perhaps it has to be the truth that sets them free. Albeit not the entire truth. If they tell their story to Grace Rose, perhaps she can publish it before DHS can spin it into something else entirely and help prove Vincent’s innocence. However, without including the “beast” part of the story, none of it makes much sense and Vincent ends up demonstrating just what is at play, to the understandable consternation of a very shocked Grace.

Unfortunately, that’s when all hell breaks loose. Kane (Tahmoh Penikett), the Graydal bounty hunter Vincent previously humiliated has followed the reporter to the hide out and he throws a full on assault at the cabin, mortally wounding Grace Rose in the process. As Vincent tries to lure Kane away to give Cat a chance to escape with Grace, Kane captures a beasted out Vincent. Just before Cat kills him in self defense, Kane is able to send a text alerting his bosses that he has found their target and it is Vincent Keller.

We are left with the team battered and exposed. JT, bless his loyal loving soul, is able to convince Tess to stick with her job and not turn in her shield, by promising to keep her out of future beast business. An impossible task to be sure, but it just goes to show how much JT really cares for Tess, that he is willing to walk away from the woman he loves, just to give her a chance at normal. Both Austin Basis and Nina Lisandrello have been knocking it out of the park this season and I must give an extra shout out to Ms. Lisandrello for being able to make me feel so much empathy for Tess, when everything in me tells me not to like her right now.

And our romantic heroes have finally reached a point of no return. DHS may not yet know that Vincent is what he is, but whoever is hunting him now is aware of the identity of their target. And not only have Cat and Vincent lost a potential advocate and way out when Grace Rose died, but her death also is yet another innocent life cut down in their crossfire. It once again takes Tess to point out the toll this is taking on all of them. And even though we don’t want it to be the love these friends and lovers share, at some point, something’s gotta give.

After a short hiatus, the preview for the next episode promises more heartbreak and punishment for Cat and Vincent, and by extension, us! There is a lot to think about, Beasties, for us and our heroes. I have to believe that in the end, love will conquer all, both for Vincat and for JTnT. What do you think? Let me know in a comment below, or on Twitter. See you in two weeks!