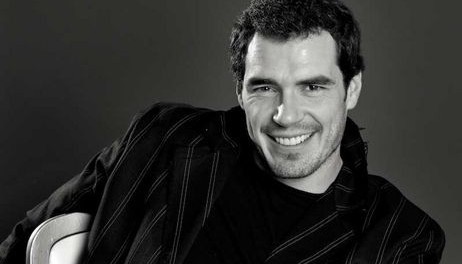 With over 60 acting credits to his name, Dan Payne has graced our screens, big and small, for more than a decade. Following his recent appearance in the Brent Butt movie No Clue, DNM had a chance to ask Dan about his career as well as his plans for the future.

DNM Magazine: Congratulations on the role in No Clue! Can you tell us a little bit about your experience working with Brent Butt and Amy Smart?

Dan Payne: Thank you! Working with Brent and Amy was an honor and an awesome experience all around! Brent is, if you can believe it, funnier in person. Brent is so intelligent and quick witted that you are on your toes and laughing to tears a lot of the time. It was extremely impressive that he was that present and generous through out the process because he ‘wore so many hats’. Brent wrote and starred in it as well so many other aspects. I’m definitely chalking the whole experience up as a brilliant gift! Amy is as beautiful in person as she is on camera and has an amazing sense of humor to go with it. She is humble for someone so talented and I was grateful to be able to share some screen time …and get my arse kicked by her!

DNM: Your character had some pretty intense fight scenes. Did you do your own stunts and if so, how did you prepare for them?

DP: I did get to do my own stunts! I have been a very fortunate actor whose had the chance to dabble in the stunt world. I have had some very generous coordinators help me grow in that crazy realm but I tip my hat to the true blue stunties who do some unreal and crazy things! How do I prepare…hmmmm…wear the right pad in the right place?! I rely on the stunt coordinator and their expertise and whatever athletic abilities I have left hanging around and jump in with both feet!

DNM: The movie is set and filmed in Vancouver. Is it important to you to find projects that are locally sourced?

DP: I love Vancouver. I love living here. I am very supportive of any project that can promote this beautiful city. I also love to work. So it is awesome when the two come together. I think that more than Vancouver alone, I would like to find projects that promote the phenomenal talent pool we have across Canada.

DNM: You played the mysterious Divine on Divine: The Series. How did working on a web-series differ from other work you have done?

DP: Divine was a blast! The creators, writers, producers, were a cohesive team with a clear vision. I loved every second of that project and was so stoked to play Divine. It didn’t differ much at all because it was a web-series – we had a magic crew, crazy locations and all the fixings of a tv series – the only difference was the end product was meant for viewing on the web. I liked that the web-series could reach a broader global audience and was less inhibited by censorship so the story could be told the way it was intended!

DNM: Divine: The Series left a lot of questions unanswered. Do you think we will get to see more of the origin story of Divine in the future?

DP: I hope with every ounce of my being that we can examine and explore the world of Divine to its fullest. The creators shared some of their incredible and complex vision with me and it blew my mind! It is a story that needs to be told. The series isn’t preaching at all but it sure asks questions, challenges mindsets, open dialogues and creates discussion…possibly even controversy if its allowed it’s full voice! Fingers, toes and all the rest – crossed!

DNM: You recently had a role on Supernatural and were very well received by the fandom. Can you tell us a little about that, both how it was filming and the reaction from the fans?

DP: Jared [Padalecki] is beyond grounded. He is such a real and genuine guy that it made the experience one of the most comfortable and enjoyable experiences I’ve had. We joked, shared kid stories, talked parenting, razzed each other and just had – fun. That environment allows a confidence to engage in what you are doing and that made playing that character one of those moments that remind you why you got into the business in the first place. The reaction from the fans was colossal and almost overwhelming! They are definitely fans in every positive aspect of the word. I couldn’t keep up to the twitter kindness I received! I want to take this opportunity to say another huge ‘thank you’ to all those fans and all their kind words and support. Put a pretty permanent grin on my face.

DNM: Are you working on anything you can talk about at the moment?

DP: I am grateful to be working right now. I just finished a lead in an Movie of the Week called ‘Buried Secrets’ which was a chaotic schedule but a welcome challenge. It was just what I could hope for – a chance to work my craft in pressure situations! Looking forward to seeing the finished product…except for the shower scene!!! The other project is a big feature that I can’t say much about except that it is huge and ground breaking in the way its being filmed. Pretty cool to see and be a part of this front end film technology! I am looking forward to a little break to spend some time with my family as well as the next chance to do this job that I love!

We’d like to thank Dan for taking the time to answer our questions so thoroughly and candidly. It sounds like his fans will be seeing a lot more of him in the coming months and we wish him every success.